This is an extension on the main concept: Creativity. For more on the concept itself, click here.

There exist multiple analogies for defining creativity: some more ridiculous than others. They all work just the same as long as they fit our semantics: how we view the world according to our perspectives, our metaphors, and the extent of our imaginations.

It's possible to train your creativity too! We need to, especially when it comes to all things memory-related. An example is creating a marker for an intangible concept. What's harder than visualising something that can't be sensed with our bodily senses? No color, no shape, smell, taste or what-have-you. There are no physical attributes, so we paint a picture instead with our creativity.

To do so, there are some mindsets, myths and thoughts to address before we begin:

Training your creativity is impossible.

It is possible. It all depends on your information diet, available frameworks and the imagery YOU allow into your imaginary domain.

Training one's creativity cannot be systematic, it must be spontaneous.

I disagree with this; Creativity can be systematic. What attracts our perception of its spontaneity are epiphanies and muses: we think those encompass all of our creative moments.

But there is such a thing as steady creativity.

If we increase our surface area of creativity by training it over time, we increase the chances of spontaneous epiphanies and sudden bursts of creative energy to arrive at our door. It can knock in two ways: a steady stream or a sudden muse. We want both.

From an article by [[Ali Abdaal]]:

Write fast, write bad, and write wrong. Terrible style, terrible grammar, terrible word choice, wrong facts, and that liberates you. That liberates you to follow the narrative thread and just keep going and going with it.

Not everything you make is a masterpiece, and that is okay. Eventually, all that material will be the foundation for something legendary further down the line. Remember, writers are blacksmiths of thoughts.

Other than the [[Table of Contents (TOC)]] method as a standard, here are a few more below:

Creativity requires a trigger before it can be initiated. As an analogy, think of a 100m race. The race won't start until the gun goes off. It doesn't matter how fast the runner is, there is no race until the race starts.

In parallel, we can intentionally manifest triggers in front of us: These are writing prompts to get our creative engines starting. Some example prompts:

Write a phrase, any phrase:

COT stands for Character-Object-Theme. Pick a random one of each and write a story connecting the three of them together.

As an example, according to the Livestream where I explored this section, I wrote down the following: Red Tiger-Broadsword-Honor.

I wrote the following:

Red Tiger, animal species that is king of the jungle, finds a broadsword in there. Signs of human contact. Background of story: humans are extinct, long-lost war between animal kingdom and society. Broadsword is a sign of humans making a comeback. Red tiger warns family - they refuse to listen to him, maintain their honor as protectors of the jungle and refuse to participate in their daily events. The whole jungle gets destroyed because of human attack

According to Aravind Balla's words in the Creativity alloy post:

I always thought it as a muscle. But perspective changed when when I read [[Big Magic]]. It's an energy that comes to you.

If it's defined as an energy in this context: How do we train our ability to gain more energy to come to us?

One way as stated earlier, is to increase the surface area of available creativity to come to us; not to hesitate when doing something creative to become even more creative. As a byproduct, we train our creativity (that was a mouthful).

Such is the flywheel of the Body of Work model: Doing creative things attracts more creative opportunities. 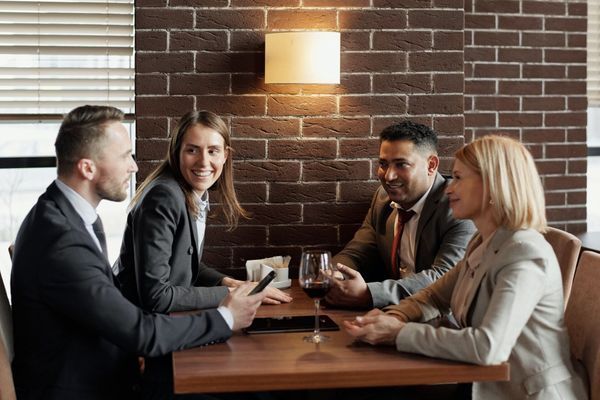 To Be Professionally Informal