Why do humans have selfless tendencies?

In the world of charities, social enterprises and philanthropy, this is one element of human character that must not be disregarded when helping out others. Born out of empathy, selflessness allows us to justify helping others over ourselves, however natural our instinct to survive is.

But, beyond selflessness, what is it that motivates people to do such things? Benefitting humanity, doing acts for others?

Here are some of my takes:

There is an inner desire to feel good. We achieve this desire when we start throwing money at charities.

When we have a certain, or twisted, definition of value, we tend to believe that whatever we’re throwing money at we’re doing it for the right thing. This also occurs when measuring karmic value. You WANT to help people, but you don’t know HOW to, so you throw it at a charity and leave it at that.

This is wrong and can be misleading. Just like finances, throwing your money at something, hoping you get the value you seek, does not mean you will get the result you seek. Your donations (ie. Capital for the cause) require direction. They’re meant to justify the overhead for a non-profit.

This is an example of a selfish want, the need to satisfy one’s desire for good karma, and the satisfaction of helping others. We feel good when helping out those in need, and that feeling of fulfillment can be a driving force behind certain philanthropic acts. Some acts are a testament to this feeling, beyond merely throwing money at it: the creation of social enterprises, ensuring a sustainable outcome, and the donation of a large amount of capital to create needed infrastructure. These are all selfless acts, yes, but they are derived from our need to feel whole: that in itself, is selfish by definition. it’s not a bad thing, don’t worry.

Just like selfless acts, our wants require direction. Direction is stemmed from one’s personal goals: whether they want to take things into their own hands, or that they want to really really feel good helping others. It then implies a degree of selfishness, but once again it’s not necessarily a bad thing.

You can be selfless by helping others. You can be selfish by having the desire to help others, therefore becoming selfless. That is beautiful in itself.

This is for those who have done bad deeds in the past. They may have done some sort of atrocity, and are redeeming themselves through selfless acts. Why?

Is it a sense of balance? One had done so much evil, they have a need to balance it out with good? Is it a selfless act for someone they love?

There is an element of philanthropy in all of us, but we may not know how to utilize such feelings using the knowledge we already have (I would love to tackle this topic someday). For some, redemption was more than enough for an individual to take the first step. Even if they had killed, or committed a crime. Even if they were seen as the scum of society.

Maybe, they would still want to be remembered as having done good in this world.

Philanthropic Duty and the ‘declining’ value of one’s life

There is a realization, mostly near the end of one’s life, when one realizes they can bring nothing with them to the afterlife. Money won’t matter, a house won’t matter, a car won’t matter. What they have built for their own lives up until this point, its value will decline once that person passes away.

The only thing that matters is memories. Memories with friends. With family, with loved ones.

At this point, one would naturally gain a sense of philanthropic duty:

I have no need for these things anymore, why should I keep them? There are others who do.

With this, these individuals give their material things away selflessly to those in need, as it makes them feel complete, and serves as another memory.

We don’t want to be forgotten, we want a legacy. What better way to do that than to enable the lives of 1000 people, becoming a part of their lives from there on?

Some social enterprises start off after a complete 180.

I remember hearing the story of how a CEO of a social enterprise started: she went to a cafe in South East Asia, I believe.

On buying a coffee, she saw what was written on the cup: the coffee she bought helped fed a child.

In that instance, she cried, knowing that the normal thing she did (buying a coffee just to drink it), an act of consumption and consumerism, helped impact the life of a child. She realized that she could enable an underprivileged demographic by making it a win-win situation: create a business that serves others, and using that to selflessly serve those in need. This opened her eyes to the world of social enterprises.

She then told her partner that this was her calling, and immediately quit her job. I think she was a researcher in a biological field at the time if I remember correctly.

This higher calling became of greater value in her life: her definition of impact and satisfaction turned into helping troubled youth get back up on their feet.

It’s not even because she wants to, it’s more than that – she believed in it. It completes her to be selfless.

Getting Rid of the Excess

We have gained more than we have ever needed for our own lives.

We all have this, we really do have more than we need.

Not everyone has this privilege though: The privilege of basic life. So, why keep the excess?

Some people justified the above question and seek more riches. Some have realized the scale of excess things they have, and as such decided to give away what they don’t necessarily need.

Not because they want to selflessly help others, but helping others eases the burden off their own lives. In the end, it can be a win-win situation.

It is on an individual case basis though, you may want to ask anyone that question:

Why do you keep more than you need?

These are all subjective and depend on the individual in question. There are plenty of more factors that come into play. These are just the ones that immediately come to mind.

I just wish for better systems to help with these: ways to implement selfless acts while making it a win-win situation.

I’ll explore this topic once again someday when I’m doing independent research. As I explore the connections between sustainability and philanthropy, we should never forget the human element: why we are doing this, and how this feeling compels us to do so.

Philanthropy is born from selflessness, ultimately growing the value of one’s life through the well-being of others. 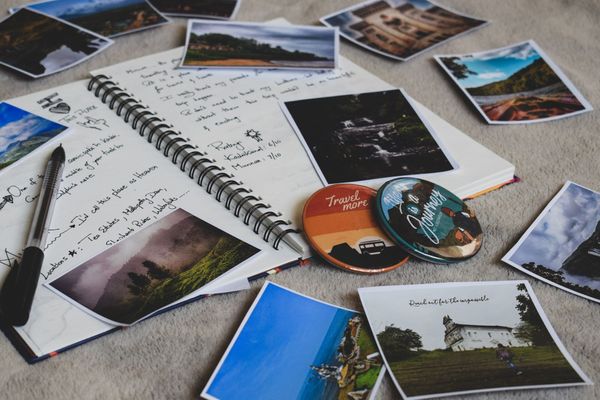 The Fear of Forgetting